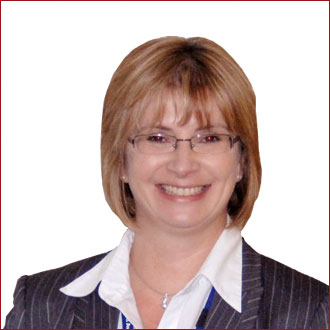 Kathryn is responsible for Flight Times Limitations in CAA at Gatwick England. The Management Committee have invited Kathryn to attend meetings as an observer.

Kathryn started work in Aviation in 1989. She spent 8 years with an airline, who operated everything from night freight to scheduled services. She starting in Despatch then became an Operations controller and finally spent 4 years managing Flight Deck rostering.

Kathryn then moved to work for the UK CAA for 5 years as an Inspecting Officer auditing Airlines for compliance with the regulations.  This involved all Flight Operational requirements including training, aircraft equipment, flight time limitations (FTL) and quality systems.

In 2002 Kathryn joined British Airline Pilots Association as their Head of Scheduling. She worked extensively with the European Cockpit Association and was part of the International Federation of Airline Pilot Associations working group on the development of FRMS. She was on the EASA FTL Advisory Group. During this time qualified to be a member of the Institute of Risk Managers.

Kathryn returned to the UK CAA in 2008, as a Flight Standards Officer in the Flight Operations Policy department. She was responsible for issuing approvals for FTL schemes and works with operators and CAA Inspectors to develop FTL variations on the basis of trials and assessments. She is an active member of the EASA rulemaking group on Flight Time Limitations. Her work covers all aspects of Fatigue Risk Management Systems development, both with individual operators and as a regional facilitator for the ICAO Task Force on FRMS. She co-authored the ICAO FRMS manual for regulators.